It should come as no surprise to anyone listening to mainstream music that today’s music is in the midst of a creative and artistic doldrums. Record companies are spitting out artists like an auto factory, all with the same style, songs, dance moves, and videos. Talent has been replaced by 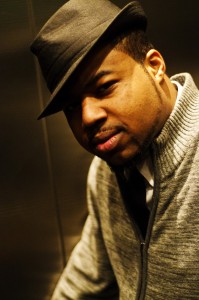 pretty packaging and marketing schemes that resemble a game of three card monte. All is not lost however, there are artists who actually can sing, write their own material, and can play instruments. Marquis “Mr. Qwes” Johnson is that kind of artist, gifted vocally, a virtuoso on the keyboards, and a songwriter whose lyrics convey a wide range of emotions.

Born in Hartford, CT. Mr. Qwes’ foray into music began at an early age, writing a kiddy song titled “Robot” while in elementary school, learning how to play the keyboards on his own by playing around with his father’s keyboard, and singing in choirs while in high school. The first “real” song he wrote and composed was titled “I Think of You,” while in high school.

“In high school is where I began to find myself as an artist and a performer,” says Mr. Qwes. “I won Most Outstanding Male Solo Vocalist at a festival in Virginia Beach. That was a big boost for me, especially for someone not knowing what they are about.”

After finishing high school, Mr. Qwes left Connecticut and went to college at Hampton University in Virginia. It was while he was in Virginia that his musical aspirations began to get serious and he released his first song titled “Mr. Rebound,” featuring rapper Duke Nice. Inspired by a real life situation, Mr. Qwes wrote “Mr. Rebound,” and it became a hit on local radio stations in the Hampton/Norfolk area as well as making him a much sought after artist.

“I had a female friend who was dating somebody and I liked her, but she would always run to me to talk about the problems in their relationship,” remembers Mr. Qwes. “So I felt like I was an emotional coach. I took that experience as well as others, and molded it into a song.”

Mr. Qwes says he plays secretary a lot to his friends, and from their stories he is able to create heart-felt lyrics. In addition to writing his own songs, he has contributed used his pen to write songs for others as well.

He has combined his vocal and writing talents with Velez Brothers for the song “She Keeps Me Cool,” off of their 2009 album “Feel The Rain,” which is available on Itunes and at Amazon.com. Mr. Qwes has also performed as a backup singer for a variety of acts including multi-platinum country singer Trace Adkins, Karen Clark Sheard, and Marvin Sapp.

Although only in his early 20’s, Mr. Qwes has a vast knowledge of music from the past and cites Michael Jackson, Stevie Wonder, Prince, Luther Vandross, Ella Fitzgerald, Aretha Franklin, and even Garth Brookes as influences. Mr. Qwes is currently back in Hartford, putting the final touches on his soon to be released first album. Combining elements of soul, jazz, hip-hop, and rock, Mr. Qwes’ first release will appeal to any and everyone and state to the world that real music is still alive. 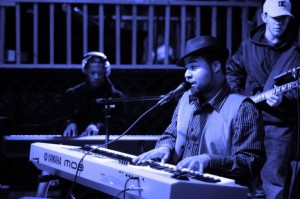 by Robert Cooper of the Hartford Advocate